From Curb to Catwalk

As a skater for the past 15 years, I’ve seen the culture grow from a small niche market, to a multi billion-dollar industry and a huge global social commodity. I would argue that skateboarding is one of the last subcultures. It is ultimately an art form un-paralleled. Skateboarding is a form of self expression ungoverned by rules & regulations. Skateboarding roots lay in these principals and ideals, and has grown into its own culture of fashion, music & design.

Skateboarding has gravitated into the limelight over the past couple of years. Its influence as a subculture at present has permeated industries ranging from high fashion, film & design on a global scale. Skateboarding has become the hot topic.

Everyone wants to be affiliated with the ‘label skateboarder’, but not necessarily learn its craft. This has lead to an attempt to emulate and imitate skate culture, diluting its authenticity.

Social media channels such as Instagram & YouTube have given skating and its community a platform to bolster their influence. Companies such as Alex Olson’s Bianca Chandon, Call me 917, Jason Dills F**king Awesome (FA), Supreme, Bronze 56K & Palace, have bridged the gap between high fashion & street-wear.

Skaters from these companies such as Ben Nordbeg, Dylan Riedr & Sage Elser have been picked up as models for DKNY, Louis Vuitton & Vogue worldwide, chosen for their unique style both on and off the board. Today, the pairing of runway models and the influences of skateboard culture are almost standard fare on global catwalks.

This has had a flow on effect with the skate companies as mentioned above. They have found their way into high fashion retail spaces such as Dover Street Market.

“The pavement is where the real s**t is. Blood and scabs, does it get realer than that?”

Aside from the hype around these companies, it’s the lo-fi aesthetic that’s so attractive. Taking cues from grunge, UK 90’s rave scene, and the 1920’s- all with undercurrents of social commentary with dark themes related to culture as a whole. This is manifested through graphic prints, perfectly cuffed high-water pants, 90’s converse shoes and patterned tees. Bill Strobeks full length skate movie “Cherry” exposed the world to skaters such as Sean Pablo, Tyshawn Jones and Sage Elsesser — who showcased a defined sense of new age style, both on and off the skateboard. With the large amount of attention gained, core skate magazine Thrasher is now being worn by the likes of Justin Bieber, Ryan Gosling & Rhianna.

With the blending of our skate community into popular culture and its continued influence in fashion, music, film and design, let’s hope that the stereotypical stigma of the uneducated, degenerate hooligan is dismantled. 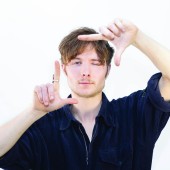 The Visualiser. I’m a young designer with masses of curiosity and a willingness to experiment and create the new. Graduating in Visual Communications from the University of Technology, Sydney was my kick-start, and I’m gaining creative momentum by working with Yakkazoo, and the inventive open minds of its CoLab network. Photography, skateboarding and rock climbing are my other passions, along with my eclectic taste in music that loves styles, genres and artists from long before I was born, as much as today’s.

Understanding The Enormous Power Of Twitch